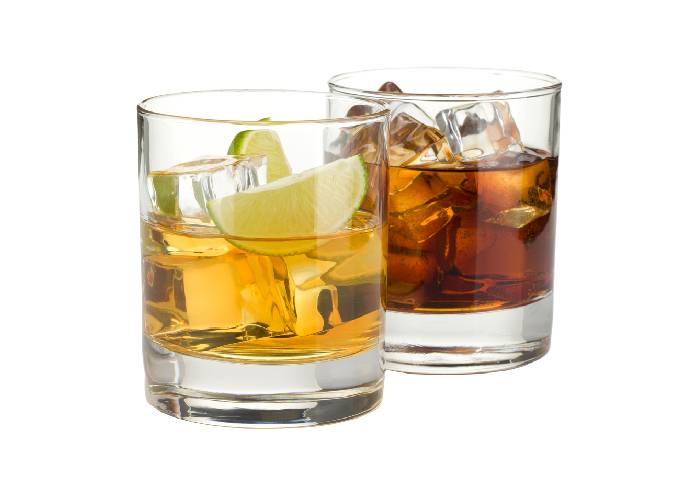 The word whiskey comes from the Latin word “aqua vitae” meaning "water of life”. Whiskey is alcohol. Whiskey is made from the mashing of some type of grain. Quality, flavor, price and name of the whiskey depend on which type of grain used in the preparation of whiskey. Whiskey can prepare from the barley, wheat, rye, corn, buckwheat, etc.
Traditionally whiskey was originally used as a medicine for both internal anesthetic use and as an external antibiotic. Whiskey has many health benefits such as help in reducing weight, provide brain health, improve heart health, decrease the blood pressure, control blood sugar, decrease the bad cholesterol, reduce the risk of blood clots, strengthen the immune system, etc.
Barley beer was distilled into a liquor which became whiskey. The manufacturing of distilled spirits was limited to apothecaries and monasteries until the late 15th century. Distilling techniques were brought to Ireland and Scotland sometime between 1100 and 1300 by monks. Since the wine was not easily obtained in Ireland and Scotland.
Whiskey was used as currency during the American Revolutionary War. In 1794, Scottish and Irish Incomer farmers in Pennsylvania staged an uprising in response to a federal excise tax imposed on whiskey by Alexander Hamilton.
Different varieties of whiskey are produced from different whole grains using different methods. Taste of different whiskey is distinct in different parts of the world. Taste of whiskey is depended upon which type of grains is used in the manufacturing of the whiskey. 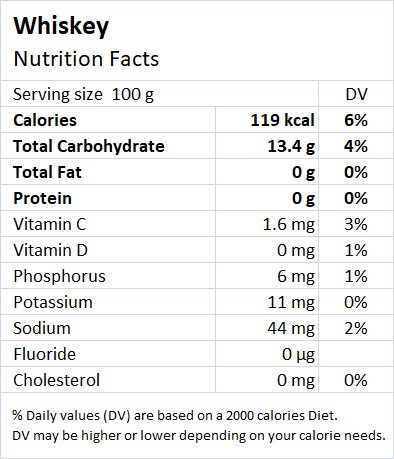 Whiskey has antioxidant properties. Ellagic acid is an organic compound and acts as antioxidants. So ellagic acid in whiskey can fight against free radicals in the body. Free radicals are the main cause of many diseases. It interrupting the neural pathways and diminished neural function.
Whiskey has sedative property. This property of whiskey can help in reducing stress and anxiety. It can remove stress and anxiety by inducing sleep. This sedative property can relax the body and calm the mind or brain.
A Review suggested that whiskey can successfully boost your cognitive performance and reduce your chances of developing dementia and Alzheimer’s disease.
MAIN THING: Regular food amount whiskey consumption can reduce mental decline and improve our quality of life, Increases longevity.

Whiskey has carbohydrates with a low amount of fat and sodium. So whiskey can help in reducing the weight. Whenever consuming the extra amount of sugar it can increase the risk of diabetes and another metabolic syndrome. The extra amount of sugar in the body can store in the form of fat and can increase the weight.
MAIN THING: Whiskey can help in reducing obesity by increasing metabolic activity and reducing the level of fat as well as obesity.

Whiskey has organic compounds such as ellagic acid. This ellagic acid can control the blood sugar level because it is released from the liver. Whiskey can help in improving the use of glucose and regulate the insulin level in the body. So it can help in lowering the sugar in the blood.
MAIN THING: Moderate consumption of whiskey improves the ability of the body to regulate glucose and insulin levels.

Store whiskey in a well-sealed container and keep whiskey in dark area and away from direct sunlight or artificial light.
Store the bottle of whiskey in an upright position for the prevention of leakage.
The temperature of storing place is consistent. Use the freezer for storing if you want chilled whiskey.
favorite_border 166 Thanks
bookmark_border Bookmark