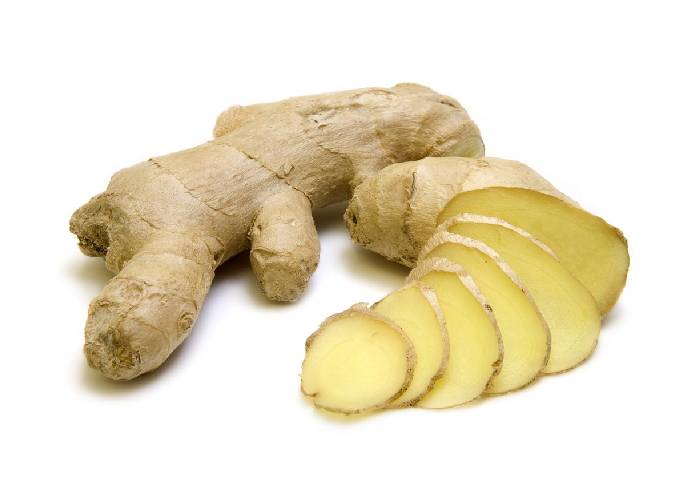 Eat ginger and stay healthy and stay fit
Ginger is a plant with leafy stems and yellowish good green flowers. The ginger spice comes from the roots of the plant. Ginger is native to warmer parts of Asia, such as China, India and Japan,but now is grown in parts of South American and Africa. It is also now grown in the Middle East to use as with food and medicine .
Ginger root is well known as a remedy for travel sickness, nausea and indigestion and is used for wind, colic, irritable bowel, loss of appetite, chills, colds, flu, poor circulation, menstrual cramps, dyspepsia , indigestion and gastrointestinal problems such as gas and stomach cramps, boosting the circulation, lowering high blood pressure and keeping the blood thin in higher doses. Ginger is anti-viral and makes a warming cold and flu relief.
Ginger root work as an Antiemetic, anti-inflammatory, anti-oxidant, antiseptic, antispasmodic, anti-viral, carminative, circulation-stimulating, detoxifying, diaphoretic, digestive, lymph-cleansing, mild laxative, perspiration-inducing, warming.
Botanical Name: Zingiber officinale
The English origin of the word, "ginger"is from the mid-14th century, from Old English gingifer, from Medieval Latin gingiber,from Prakrit singabera, from Greek zingiberis,from Sanskrit srngaveram, from srngam "horn" and vera- "body", from the shape of its root.
The past of Ginger goes back over 5000 years when the Indians and ancient Chinese considered it a tonic root for all ailments. While Ginger originated in Southeast Asia, it has a long past of being cultivated in other countries. At a recent date it was exported to Ancient Rome from India. It was used extensively by the Romans, but almost disappeared from the pantry when the Roman Empire fell. After the end of the Roman Empire, the Arabs took control of the spice trade from the east. Ginger became quite costly like many other spices. In medieval times it was commonly imported in a preserved form and recycled to make sweets.
From India, it was also carried by traders into the Middle East and the Mediterranean by around the first century CE. It was primarily grown in southern India and the Greater Sund Islands during the spice trade, along with pepper, cloves, and numerous other spices.
The main culinary options for ginger root are: yellow, the most widely sold in U.S. groceries, blue Hawaiian, which maintains a yellow core, and baby, also called green, pink, young, new, stem or spring ginger. 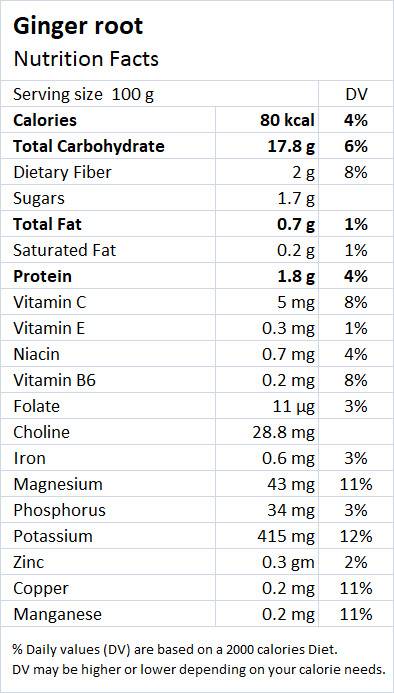 Ginger have potential to relief in problem of sinus without having to resort to an over-the-counter drug, turn to ginger first. There is an active element in ginger that has shown to work wonders on the sinuses, helping to unclog them and facilitate drainage.
Ginger can help improve overall circulation. ginger improves blood flow, and generate a warm feeling inside the body.
Ginger can actually help to improve mouth breath. Eat ginger at the end of the meal so it can cleanse the palate and leave mouth feeling refreshed. It’s a great way to flush out mouth and neutralize a bad taste in mouth if taken ginger juice at the end of the meal.
MAIN THING: Ginger has great benefit in respiratory health, help improve overall circulation and Improves your breath.

It may be the most active when it comes to pregnancy-related nausea, such as morning sickness.
Ginger appears to be really effective against nausea. it has a long history of use as a sea sickness medicine. Ginger may also comfort nausea and vomiting after surgery, and in cancer patients undergoing chemotherapy.
MAIN THING: Regular consumption of ginger help to treat nausea.

Cancer is an actual serious disease that is characterized by uncontrolled growth of abnormal cells. Ginger extract is an alternative treatment for several forms of cancer.
The anti-cancer properties are attributed to 6-gingerol, a substance that is found in huge amounts in raw ginger. 6-gingerol has anti-bacterial, anti-inflammatory and anti-tumor activities.
MAIN THING: Ginger contain 6-gingerol  helps to prevent cancer.

The antioxidants and bioactive compounds in ginger can inhibit inflammatory responses that occur in the brain, like Oxidative stress and chronic inflammation can accelerate the aging process and it is a key driver of Alzheimer's disease and age-related cognitive decline.
Ginger can help slow down the loss of brain cells, which typically leads to Alzheimer’s Disease.
MAIN THING: The antioxidants and other powerful compounds found in ginger can fight inflammatory also protect against age-related decline in brain function.

Osteoarthritis is a common health problem. It involves degeneration of the joints in the body, leading to symptoms like joint pain and stiffness.
Ginger has powerful anti-inflammatory properties. For that reason, it can help relieve a host of inflammation-based conditions and diseases. That includes arthritis, a condition that affects joints. Along with compressing inflammation, people with arthritis can expect some pain relief from the ginger.
One of the traditional uses of ginger is for pain relief, including menstrual pain. Menstrual pain refers to pain felt during a woman's menstrual cycle.
MAIN THING: Ginger root has anti-inflammatory properties helps in Osteoarthritis, joint pain, Menstrual pain and stiffness.

Chronic indigestion is characterized by recurrent pain and discomfort in the upper part of the stomach. ginger helps in speed up emptying of the stomach in people with this condition. After eating soup, ginger reduced the time it took for the stomach to empty from 12 to 15 minutes.
People who suffer from cramps, bloating, gas, diarrhea, constipation and mucus in the stool, IBS etc. Will be feels better after taking ginger because ginger can help relax the intestines during a flare up.
MAIN THING: Ginger has a gastroprotective effect, helps to cure chronic indigestion.

To help aid weight loss efforts, incorporate ginger into diet and burn fat with ginger.
Ginger is a natural ingredient that’s found in many “fat-burning” supplements. It can help you feel full, which leads to reduced calorie intake. It can also reduce inflammation associated with obesity.
Losing weight is one of the best things because of being overweight can lead to heart attack, stroke, high cholesterol, high blood pressure, diabetes and some cancers.
MAIN THING: Ginger included in diet helps to loose the weight.

Pregnancy: Ginger during pregnancy is controversial. There is some concern that ginger might affect fetal sex hormones or boost the risk of having a baby that is stillborn. There is also a report of miscarriage during 12 week of pregnancy in a woman who used ginger for morning sickness.
Bleeding disorders: Taking ginger might increase risk of bleeding.
Diabetes: Ginger might increase insulin levels and/or lower your blood sugar. As a result, diabetes medications might need to be adjusted by healthcare provider.
Heart conditions: High doses of ginger might worsen some heart condition.

Ginger can be grown as a home garden plant so that its fresh roots and leaves can be readily picked up for immediate use. In the store, however, choose organic, raw root over the dried form since it is superior in quality and flavor.
Fresh roots should feature heavy in hand; juicy, stout, has grey-yellow peel and free from dark spots or mold.

Raw, unpeeled root should be wrapped in paper towels, placed in a plastic bag and refrigerated up to three weeks. It can also be tightly wrapped and frozen up to 2 months. Dried ginger should be kept in a cool and dark space in an airtight container. preserved ginger should be kept in their authentic containers in the refrigerator. Store crystallized ginger in an airtight container in a cool, dark place for up to 3 months.
favorite_border 140 Thanks
bookmark_border Bookmark