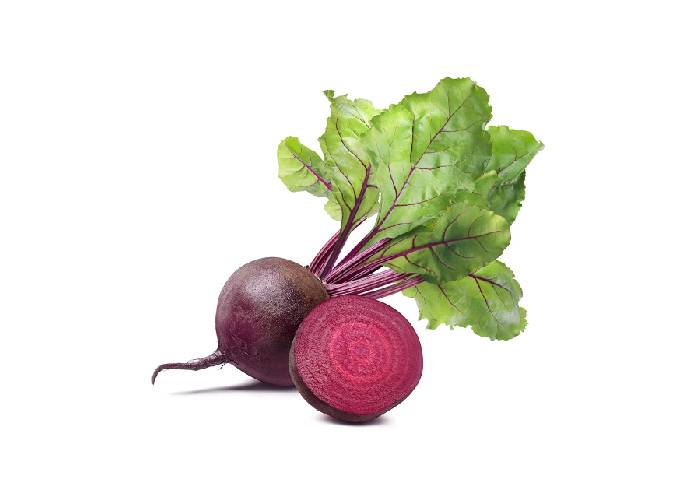 Eat beet and beat all disease
The beetroot is the taproot portion of a beet plant, usually known in North America as the beet, and also known as the table beet, garden beet, red beet,sugar beet, or golden beet. It is one of several cultivated varieties of Beta vulgaris grown for their edible taproots and leaves.
The most powerful health advantages of beets include their ability to lower blood pressure, improve digestion, boost athletic performance, and prevent cancer. They also help in providing relief from macular degeneration, improve blood circulation, aid in skin care, build immunity, prevent cataracts, and relieve respiratory problems.
These advantages of beetroots can be attributed to their richness in nutrients, vitamins, and minerals. beet has been used as a medicinal plant as a food coloring. beet can be eaten shredded into a salad and raw with other vegetables or alone, cooked, boiled and cold as a salad after cooking. there are multiple uses.
Botanical Name: Beta vulgaris
The ancient Romans were one of the 1st civilizations to cultivate beets to use their roots as food. The tribes that invaded Rome were responsible for spreading beets throughout northern Europe where they were first used for animal fodder and later for human consumption, becoming very popular in the 16th century.
There are a number of different varieties of beet: chard, grown specifically for its leaves; beets, grown for its bulbous root, with edible leaves (with varieties in red , yellow and white roots); and sugar beets, grown for making sugar from the deep, thick root. 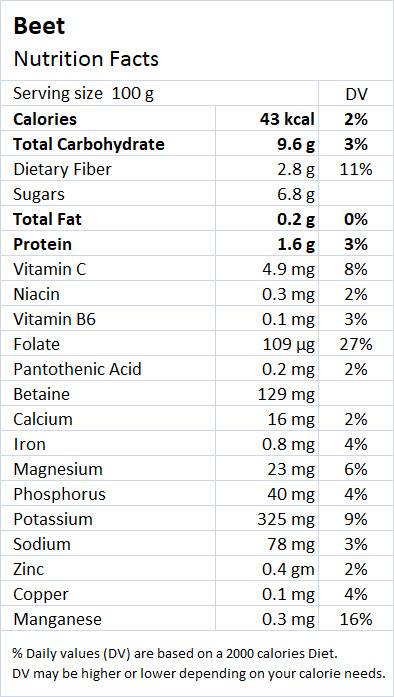 Many of the different phytonutrients present in beets have been shown to function as anti-inflammatory compounds. This anti-inflammatory activity has been demonstrated for betanin, isobetanin, and vulgaxanthin.
When inflammation is needed, this the production of pro-inflammatory messaging molecules is a great thing. when the body is undergoing chronic, unwanted inflammation, production of these inflammatory messengers can make things worse.
Several types of heart disease including atherosclerosis are characterized by chronic unwanted inflammation.
Researches proves that Beetroot juice and extract have been shown to reduce kidney inflammation in rats.
One of research conducted on humans suffer with osteoarthritis, reduced pain and feels comfort while consuming betalain capsules made with beetroot extract.
MAIN THING: Beet contain betanin, isobetanin, and vulgaxanthin responsible for anti-inflammatory properties which lower the risk of heart, joint and other problems.

Help in detoxification of the body

Betanins, in beets, stimulate the functions of the liver and help the liver eliminate toxins and keep it healthy. Also, pectin, a water-soluble fiber in these root vegetables, helps flush out toxins from the liver. They are one of the superfoods that have the ability to reverse fatty liver.
MAIN THING: Due to rich source of betanin and fibers in beet that to detox your body.

Beets are rich in nitrates, which the body converts to nitric oxide a compound that relaxes and dilates blood vessels, turning them into high space for nutrient and oxygen-rich blood. That means better circulation and possibly lower blood pressure.
Many Studies have shown that beetconsuption can significantly lower blood pressure by up to 4–10 mmHg over a period of only a few hours
MAIN THING: Regular consumption beet can improve heart health and lower risk of heart failure and stroke.

As you day by day older, Mental and cognitive function will reduce.
Beets improves brain neuroplasticity due to the nitrates present in them. These nitrates help increase oxygenation of the somatomotor cortex, a brain area that is often affected in the early stages of dementia.
A study finds that a computer-based cognitive function test was 4% faster in those who consumed  one cup of beetroot juice daily for two weeks, compared to the placebo
MAIN THING: Eating beets can slow or prevent dementia. beetroot juice in combination with exercise in older adults can have a more positive impact.

The uncontrolled growth of cells is Cancer. It is a serious and potentially fatal disease.
Beets contain the pigment betacyanins, which counteracts cancerous cell growth so beet preventing skin, lung and colon cancer.
Beet juice inhibits the cell mutations also, the natural beta-carotene in beetroot may help to prevent lung cancer.
One Lab study with human cells found that beetroot extract, which is high in betalain pigments, reduced the growth of prostate and breast cancer cells
MAIN THING: Pigments in beets may help reduce the growth of cancer cells.

Anemia is a condition in which red blood cells not to carry adequate oxygen to the body's tissues due to iron deficiency.
Red beetroots have a significant amount of iron, which helps prevent anemia and boosts the regeneration of red blood cells and vitamin C in beet which boost up the iron absorption.
MAIN THING: Rich source of iron helps to prevent anemia.

Work as an aphrodisiac

Beets have been considered an aphrodisiac or sexual booster due to beet sexual life can get a legitimate and time-tested push in the right direction by adding beets to your diet.
Beets contain significant levels of the mineral boron which helps boost the production of sexual hormones and treat libido, increased fertility, improved sperm motility.
MAIN THING: Regular eating beet improves fertility in male and female.

Immunity is the capability of body to resist from harmful microorganisms.
Beets are extremely nutrient dense which helps boost immunity levels in the body and Vitamin C, B-complex and powerful antioxidants in these root vegetables help prevent fatigue, soothe minor aches and pains and reduce inflammation.
MAIN THING: Rich source of nutrients in beet help to boost your immunity.

Beets contain lutein and zeaxanthin, has positive impact on vision.
The beta-carotene present in beetroot aids in reducing or slowing macular degeneration in the eyes.
A study conducted in america shows that Consuming beet carotenoids can prevent and slow the progression of age-related macular degeneration, the leading cause of adult vision loss.
MAIN THING: Beta-carotene is a powerful form of vitamin A, which has antioxidant properties and defends the eyes against the damaging effects of free radicals.

Beets have properties responsible for weight loss. First, low in calories and high in water. Second high dietary fiber content. These are both important properties for achieving and maintaining a healthy weight .
Several studies shows that dietary fiber may help to promote weight loss by reducing appetite and promoting feelings of fullness, thereby reducing overall calorie intake
MAIN THING: No studies directly conclude that beets responsible for weight loss, it's likely that adding beets to your diet can aid in weight loss.

Dietary nitrates may enhance athletic performance. beets are often used by athletes.
Nitrates appear to affect physical performance by improving the efficiency of mitochondria, which are responsible for producing energy in cells.
One study finds that drinking beetroot juice improved performance by 2.8% over the 4 km time trial and 2.7% over the 16.1 km trial.
MAIN THING:Due to nitrate content in beet can help to improve stamina of athletes.

The red color compound betanin is not broken down in the body and in higher concentrations may temporarily cause beeturia and hematochezia.
Kidney stones: Beets contain oxalates which when consumed in excess can cause kidney and bladder stones.
Allergy: Some people develop rashes, itchiness ,hives, or even chills when they eat beets.
Low blood pressure: Due to its ability to lower blood pressure, people on blood pressure medications should exercise caution when eating beets to avoid health complications.
Blood sugar spike: Beets are high in sugar and also moderately high in the glycemic index list. Excess intake can cause a sudden spike in blood sugar levels. Speak with your doctor about consuming them if you are diabetic.
Pregnancy: Pregnant women should avoid excessive consumption of beets due to the high levels of nitrates, as they may be sensitive to it.
Flatulence: Eating too many beets can cause indigestion, stomach upset, loose stools, and flatulence due to high-fiber content.
Gout: They are high in oxalates which can build up uric acid in the body, leading to gout.

Choose small or medium-sized beets whose roots are firm, smooth-skinned and deep in color. Smaller, younger beets may be so tender that peeling won't be needed after they are cooked. Avoid beets that have spots, bruises or soft, wet areas, all of which indicate spoilage. Shriveled or flabby should also be avoided as these are signs that the roots are aged, tough and fibrous.

Cut the majority of the greens and their stems from the beet roots, so they do not pull away moisture away from the root. Leave about 2 inches of the stem attached to prevent the roots from "bleeding."
Do not wash beets before storing. Place in a plastic bag and wrap the bag tightly around the beets, squeezing out as much of the air from the bag as possible, and place in the refrigerator where they will keep for up to 3 weeks.
Loss of some nutrients in beets—for example, its vitamin C content—is likely to be slowed down through refrigeration.
Store the unwashed greens in a separate plastic bag squeezing out as much of the air as possible. Place in refrigerator where they will keep fresh for about 4 days.
favorite_border 101 Thanks
bookmark_border Bookmark