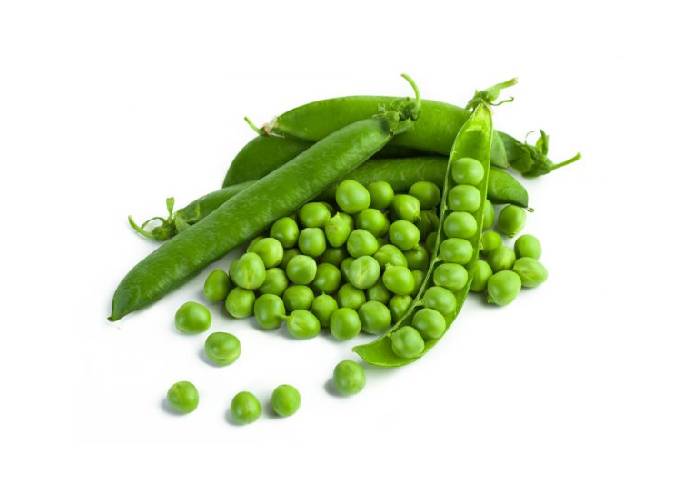 Eat peas and keep your life peacefully and healthy.
Sweet, delicious green peas, also popular as garden peas, it is one of the ancient cultivated vegetables grown for their delicious, nutritious green seeds. Peas probably have originated in the sub-Himalayan plains of northwest India. Today, this versatile legume is one of the major commercial crops grown all over the temperature and semi-tropical regions.
It belongs to the family of Fabaceae. Some of the general names include English peas, spring peas, sweet peas and garden peas.
Green peas are also familiar as ‘Matar’ in Hindi, ‘Batani’ in Telugu, ‘Pattani’ in Tamil, ‘Pacha Pattani’ in Malayalam, ‘Vatana’ in Gujarati, ‘Moator’ in Bengali, and ‘Mattar’ in Marathi.
Botanical Name: Pisum sativum
Peas were clearly consumed in dry form throughout much of their early history and did not become widely popular as a fresh food until changes in cultivation techniques that took place in Europe in the 16th century. Peas are now grown throughout the world in nearly every climatic zone and are widely consumed in both fresh and dried forms.
While growing, roughly 3 million tons of peas per year, Canada is currently the largest world producer and exporter of peas. France, China, Russia, and India are also large-scale producers of this legume. Despite being a large-scale producer of peas, India is also the world's largest importer of this food due to its great popularity in that country.

There are different varieties of peas are Snow pea, Sugar snap pea or snap pea and Garden pea.

Green peas are one of the finest plant-based sources of protein, which is a major reason why they are so filling, along with their high amount of fiber. Eating protein increases the levels of certain hormones in your body that reduce appetite. Protein works together with fiber to slow digestion and Encourage feelings of fullness.
MAIN THING: Eating adequate amounts of protein and fiber may automatically reduce the number of calories you eat throughout the day by keeping your appetite under control.

The exclusive protein content of green peas makes them a superb food choice for those who do not eat animal products. Consuming a sufficient amount of protein is also important for promoting muscle strength and bone health
Garden peas are considered to be the best source of vitamin K, helps you in the prevention of serious diseases like arthritis. Peas have anti-inflammatory benefits that prevent osteoporosis also.
MAIN THING: Protein and Vitamin K found in peas strengthen muscles and bones.

Green peas contain a dominant amount of fiber, which has been shown to provide many benefits for digestive health. fiber feeds the good bacteria in your intestines, which keeps them healthy and stop unhealthy bacteria from overpopulating. This may reduce your risk of developing a few common gastrointestinal conditions, such as inflammatory bowel disease, irritable bowel syndrome and colon cancer.
Most of the fiber in green peas is insoluble, so it does not blend with water, but rather functions as a "bulking agent" in the digestive tract means that it adds weight to the stool and may help food and waste pass more quickly through the digestive system.
MAIN THING: Peas rich in fibers helps to improve your digestion.
Boost up immunity
High levels of antioxidants in peas stop several reactions in the body that may cause risky diseases. They are wealthy sources of many minerals such as iron, calcium, zinc, copper, manganese, etc. which enhance the immune system of your body.
Antioxidant and anti-inflammatory nutrients to be associated with a lower risk of most inflammatory diseases, including heart disease, type 2 diabetes, and arthritis.
MAIN THING: Antioxidant and Anti-inflammatory properties as well full of minerals presence in peas increase you immunity level.

These tiny ingredients in your plate have the capacity to stop dreadful diseases like stomach cancer. Its defensive polyphenol content called coumestrol is known to stop cancer which is abundant in peas.
It also helps in preventing intestinal cancer, inflammatory bowel disease and colon cancer.
Vitamin A and vitamin C are present in peas that prevent the development of all types of cancers like lung cancer, prostate cancer, breast cancer, ovarian cancer, and pancreatic cancer.
MAIN THING:A compound called Coumestrol found in peas help to prevent cancer.

Peas are also assistants in the anti-aging of the skin. The antioxidants which are present in it such as flavonoids, catechin, epicatechin, carotenoid, alpha-carotene, etc. are helpful in preventing the aging process of your skin and tend to provide a natural glow to the skin.
Snow peas are a great source of vitamin C which is involved in the production of collagen, thus helping to keep our skin firm. Being a powerful antioxidant, vitamin C protects the cells from damage caused by free radicals.
MAIN THING: Eating foods rich in vitamin C and antioxidants such as snow peas allow your skin to fight oxidative damage.

Vital nutrients to the hair follicles are essential for the optimal growth and health of hair.
Peas are a good source of B vitamins such as folate, vitamin B6 and vitamin B12. These vitamins aid in the creation of red blood cells that carry oxygen and nutrients to all body cells including those of your scalp, follicles, and growing hair. Lack of these vitamins can cause shedding, slow growth or weak hair that is prone to breaking.
MAIN THING: Peas are a good source of Vitamin B6 and B12  nutrients which provide the benefits to hair.

Peas have an adequate amount of antioxidant flavonoids like lutein, carotenes, zeaxanthin as well as vitamin-A. Vitamin A is one of the essential nutrients which are required for maintaining the health of mucous membranes, skin and eye-sight.
MAIN THING: Vitamin A and antioxidant flavonoids like lutein, carotenes, zeaxanthin found in peas helps to improve eye sight.

Anti-nutrients: peas have lots of nutrients but it contains antinutrients also. In peas, found some substances that may interfere with digestion and mineral absorption.
Phytic acid: phytic acid present in peas may interfere with the absorption of minerals like iron, calcium, zinc, and magnesium.
Bloating: peas have some substances that produce uncomfortable swelling of the stomach often accompanied by gas and flatulence.
Kidney health: if peas have taken in a very large amount it produces an adverse effect on the kidney because of the large amount of protein present in peas and extra protein in the body damage the kidney function.
Bones problems: some contain like vitamin D which are present in peas and helpful in preserve bone mass but if taken in large amounts it builds up uric acid in the body and may cause gout and produces severe pain in joints.

Green peas are winter crops. Fresh peas can be promptly available from December until April in the markets. However, dry, mature seeds, and split peas, flour...etc., can be found in the markets around the year.

While shopping for green peas look for fresh pods that are full, heavy in hands and brimming with seeds. Avoid those with the wrinkled surface, or over-matured, yellow color seed-pods.

Green peas are at their best soon after harvest since much of their sugar content rapidly convert into starch. To store, place them inside a vegetable container in the home refrigerator set at high relative moisture where they keep fresh for 2-3 days. Frozen seeds, however, can be used for several months.
favorite_border 101 Thanks
bookmark_border Bookmark