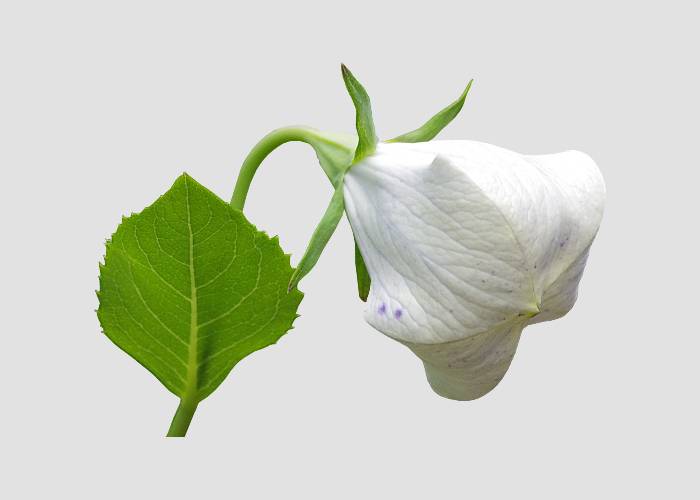 Datura is a folklore medicinal herb
The common name ‘Jimsonweed’ is probably a corruption of ‘Jamestown Weed,’ referring to where this species was first observed in the town of Jamestown, Virginia, where British soldiers consumed it while attempting to defeat Bacon’s Rebellion. They spent 11 days in altered mental states. Another common name that is often used for this species is ‘Thornapple.’
In most parts of India, this plant can be seen growing as wasteland weed. Later, its cultivation in the form of alkaloids began in Europe and India. In India, it is found in the Himalayan region which includes states like Uttarakhand and Himachal Pradesh.
Botanical Name: Datura Stramonium
Several different species of Datura are available. All the species are similar in medicinal properties. However, Ayurveda describes Datura Metal as the most suitable for medicinal purpose. Some of the popular Datura species are:
Datura metal, Datura Alba, Datura stramonium, Datura fastuosa, Datura candida Saff, Datura ceratocaula Ortega, Datura discolor Bernh, Datura dolichocephaly Saff, Datura ferox L, Datura innoxia Mill, Datura inoxia Mill, Datura kymatocarpa Barclay, Datura leichhardti Benth, Datura reburra Barclay, and Datura wrightii Regel
All these species belong to potato family Solanaceae. Several Datura plants and species are used as drugs and many other species are treated as weeds.
In Ayurvedic, The dried leaves, flowers, and roots were used as narcotic, antispasmodic, antitussive, bronchodilator, anti-asthmatic and as a hallucinogen. The plant was considered bitter, acrid, astringent, germicide, anodyne, antiseptic, antiphlogistic, narcotic and sedative.

A well-known effect of datura is to reduce stress so it called a calming herb that produces relaxation effects, due to the presence of hyoscyamine and atropine in datura, which can relieve stress and calm the mind.
The psychotherapeutic properties of Datura have been explored. If a person suffering from Generalized Anxiety Disorder, taking datura with two meals daily reduced anxiety and feelings of depression over a two-month period.
The datura has anti-anxiety and antidepressant properties, with effects comparable to diazepam and antidepressants drugs.
Seeds and leaves of D. stramonium were used to sedate hysterical and psychotic patients. It was reported that D. stramonium was used internally to treat madness, epilepsy, and depression.
Datura leaves, containing hyoscyamine and atropine, can be used as an immensely powerful mind-altering drug.
MAIN THING: Datura makes you happy and joyful by reducing stress, anxiety, and depression.

Datura has certain antispasmodic effects on the body which helps in the treatment of asthma, as it can calm the respiratory tract and prevent them from closing up and inducing coughing.
The smoke from the burning leaf is inhaled for the relief of asthma and bronchitis. It is also used to relax the smooth muscles of the bronchial tubes and asthmatic bronchial spasm.
Various studies on the effect of the smoke of one Datura stramonium cigarette was examined. The inhalation of a synthetic anticholinergic agent proved as effective as salbutamol in these patients.
Another study on D. stramonium in asthma treatment and possible effects on prenatal development was studied. Exposure of the fetus to D. stramonium when a mother uses it for asthma will cause a continuous release of acetylcholine, resulting in the desensitization of nicotinic receptors, this could ultimately result in permanent damage to the fetus.
MAIN THING: Datura is a very good medicine for respiratory abnormality.

Datura contains a good amount of ascorbic acid, and the high concentration of antioxidants contributes to the strength of the immune system. It stimulates the production of white blood cells and neutralized various free radicals throughout various systems of the body.
It has been reported earlier that non-alkaloids and alkaloids from medicinal plants exhibited substantial immunostimulating activity, therefore methanolic extract of D. stramonium leaves was fractionated into non-alkaloid and alkaloid fractions. That non-alkaloid fraction possesses an immunostimulatory effect on human lymphocytes.
MAIN THING: Datura keeps away disease by improving the immune system.

Datura seeds are beneficial in curbing hair problems like Dandruff and hair fall.
Enhances Hair Growth: The regenerative properties of datura help in reducing hair fall. Massaging your scalp with datura oil can increase the blood circulation in the scalp and help in enhancing the rate of hair growth.
Conditions hair: Datura can be used to moisturize dry skin, it can also be used to condition dry and frizzy hair. Make a paste of datura leaves boiled in a mixture of water and honey. Apply it to the hair, and then follow it up with a regular hair wash. So it give us well-conditioned, dandruff-free and frizz-free hair.
Prevents baldness: Regular use of datura as a hair mask and datura water as a rinse promotes hair growth. Datura also triggers the normal functioning of the scalp to ensure regrowth of hair.
MAIN THING: Datura is good shampoo and conditioner for hair care.

Datura strengthens the reproductive system through various mechanisms, like stress reduction, and restoring hormonal balance, so powerful effects on reproductive health.
Datura has been used traditionally as a boost for sexual energy, libido, and fertility.
Smoking datura has been associated with increased sexual energy. By submerging the seeds into water or milk, you can also increase circulation to the genitals, which increases fertility and the health of the sperm.
In olden days, datura prescribes for enhancing sex desire, improving sexual performance and ensuring the satisfaction of both partners, so in Ayurveda, datura is often used to treat impotency, erectile dysfunction, premature ejaculation and also improve the quality of semen, increasing both the count and motility of sperms.
Traditionally, Seeds of a ripe Datura fruit are dried and boiled in cow’s milk for treating Impotence. Datura, Longworth and Laung are taken with milk in the treatment of early discharge in men.
MAIN THING: Datura helps in significantly boosts sperm quality and improve fertility in men and women.

Phenol and phenolic compounds such as flavonoids found in datura have been shown to possess significant antioxidant activity and free radical scavenging activities. In vitro assay systems confirm Datura stramonium leaves as natural antioxidants.
A study on datura concluded that the extracts contain higher quantities of phenolic compounds, which exhibit antioxidant and free radical scavenging activity. It also chalets iron and possesses reducing power.
MAIN THING: Datura is a very good antioxidative property and so it makes active other effects like antibacterial, anticancer, etc.

Deposition of uric acid in the body is called Gout, leads to the formation of tiny crystals of monosodium urate monohydrate that deposit in tissues of the body, especially the joints, also called gouty arthritis.
A study on D. metal found that The xanthine oxidase found in D. metal which is traditionally used for the treatment of gout. The methanolic extract was also screened for in vivo hypouricaemic activity against potassium oxonate induced hyperuricemia so here extract of datura is so much effective.
leaves of D. stramonium were subjected to preliminary screening for anti-inflammatory activity in albino rats. Ethanolic extracts exhibited significant anti-inflammatory activity comparable to the standard drug diclofenac sodium against carrageenan induced rat.
MAIN THING: Datura has anti-inflammatory activity and xanthine oxidase helps in the treatment of arthritis and gout.

The anti-oxidant and anti-inflammatory properties of datura could be responsible for the cancer protective effect.
Datura helps induce apoptosis, which is the programmed death of cancer cells. It also impedes the growth of new cancer cells in several ways and prevented the spread of cancer to other organs.
Traditionally, D. stramonium use as an anti-cancerous drug to cure cancer. It may help treat several types of cancer including breast cancer, lung cancer, colon cancer, brain cancer, and ovarian cancer.
A study report concluded that active fraction-10 of D. stramonium possesses potential immunostimulators that are capable of enhancing anticancer responses of human blood lymphocytes.
MAIN THING: Datura promotes the death of tumor cells and may be effective in several types of cancer.

Datura is full of carbazole alkaloids which are compounds with antibacterial, anti-cancer and anti-inflammatory properties, So protects against infection as well as cancer.
Datura also contains the compound linalool. This compound gives datura its scent. This compound has bacteria-killing properties. It also helps in eliminating harmful free radicals from the body.
A study conducted in datura showed activity against Gram-positive bacteria in a dose-dependent manner.
Another study shows The antimicrobial activity of combined crude ethanolic extract of D. stramonium, Terminalia arjuna and Withania somnifera in cup plate spread method for antibacterial and antifungal activity. The extracts were subjected to screening to detect potential antimicrobial activity against Staphylococcus aureus, Bacillus subtilis, Escherichia coli, Klebsiella pneumonia, Micrococcus luteus and Candida albicans with comparing Ciprofloxacin standard drug
MAIN THING: Datura has antibacterial properties so it protects against some dangerous bacterial disease.

Traditionally once used datura as an analgesic, to render patients unconscious while broken bones were set.
Externally, it is used as a poultice or washes in the treatment of fistulas, abscesses wounds and severe neuralgia.
Datura leaves counter fever, malarial fever, and headaches. A combination of Datura leaf and Jaggery is used for lowering the temperature in Malaria.
Datura leaves are useful in treating various Heart ailments. It helps in keeping cardiac troubles at bay and regulates Heartbeat. Leaves are an effective treatment for Hypertension and Distress.

Datura is a poisonous plant, so Unsafe when taken by mouth.
Datura chemicals such as scopolamine and atropine are used as a poison and used in murders and suicides.
Datura increases the heartbeat and may lead to cardiac arrest.
Blurred vision, nausea, giddiness, confusion, rapid pulse, hyperthermia, trouble breathing, hallucinations, panic and death are some of the side effects of datura.