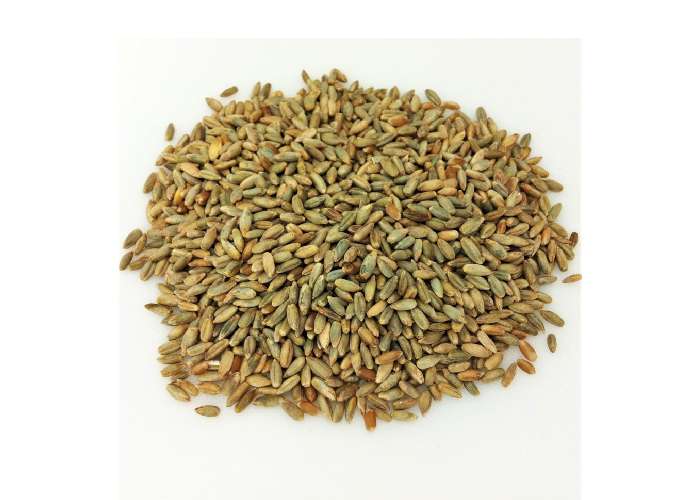 Stay fit with rye
Rye is cereals which are rank in top 5 most eating cereals on planet. Rye is one of the most important cereal crops and it cultivated in the whole world. it is similar to wheat and barley. It is majorly grown in Turkey and neighboring regions. It was also widely cultivated in Roman times, and it was likely grown far earlier.
The most impressive health benefits of rye include its ability to help with weight loss, increase the efficiency of the digestive system, help prevent gallstones, lower the risk of diabetes, lower hypertension, protect cardiovascular health, helping in prevention of various types of cancer, and even lower the chances of developing childhood asthma.
Botanical Name: Secale cereale
Rye is a crucial cereal crop found in cooler parts of northern and central Europe and Russia which is cultivated 4000 meters above sea level up to the Arctic Circle. Poland, Russia, Argentina, Germany, Canada, South Africa and the United States are the broad area of production.
Rye could grow in sandy soils having low fertility. It is tolerable to cold, drought and other adverse growing conditions. So winter and spring are the best season for cultivation of rye
The majority of rye is grown in Eastern Europe into Central and Northern Russia, but it is also grown in North America, China, and South America.

Rye is rich with fibers and fibers are very good source for proper digestion fibers in rye is prevent from constipation or other blockages of the bowels. It can reduce excess gas, relieves stomach pain and cramping, and prevent more serious conditions like ulcers, gallstones or colon cancer.
Rye has a prebiotic effect on the human gut microbiota due to its high level of fiber. It helps feed the ‘good’ bacteria in the gastrointestinal tract, which improves digestion and increase nutrient uptake in the body. So rye makes digestive system healthy.
Rye is very good for digestive health. The fiber in it is called prebiotic, and it can help get rid of constipation. It can also provide comfort against stomach cramps and pains. This fiber has been found to be especially favorable in avoiding serious problems like ulcers.

Fiber in rye is lowers cholesterol levels. A high intake of rye lowers triglycerides or fat in the blood and slows down the progression of atherosclerosis and stroke.
Rye is rich in plant lignans called enterolactone, which protects against heart diseases. So, wheat are protective against higher blood levels. Rye and rye products which are high in dietary fiber, considerably reduce blood pressure levels and lessen the possibility of a heart attack.
Rye keep healthy overall circulation in the body.

Rye is high in fiber. It controls weight gain by suppressing food intake in diet. Rye can be especially helpful in losing belly fat, which is difficult to reduce than all over the body fats. It can suppress hunger for eight hours so if anyone wants to lose some extra weight rye is best food.
Rye is often considered a best grain. The type of fiber in rye is somewhat unique as it is extremely binding with water molecules, that makes feel full very quickly.
Rye flour keeps satisfied for longer time period. A fiber in rye provided the same amount of caloric intake from breakfasts with rye porridge instead of wheat and other grain. This provided a satisfied feeling without an intake of more food for up to eight hours after meals.

Rye is highly riched source of fibers which has very less amount of sugar. So Rye has a low glycemic index. Rye is prevent from diabetes by reducing sugar level in blood in diabetic person.
High blood sugar can be dangerous, and can even cause diabetic shock, asphyxiation, and a number of other unpleasant outcomes. Rye makes increase level of insulin by break down the bigger particles into small particles and spike up the level of insulin and it helps to diabetic person. Rye which is composed of larger molecules, is not broken down as quickly and therefore has less of an effect on blood sugar.

Childhood asthma is epidemic but it should be cured. Rye can significantly reduce the chances of developing childhood asthma.
Children who eat rye in daily diet its lower the risk of asthma than children who never taken ryes in meal.

Rye is an excellent source of magnesium and calcium. bones are the mitochondria (storehouse) of calcium. Bones store about 99 percent of the calcium in the body and release it into the bloodstream when it is required. It has a good amount of calcium, magnesium with manganese also. They all play a vital role in creating strong bones and teeth.

Antinutrient: phytic acid present in rye work as an anti nutrient and decrease the absorption of healthy nutrients from the digestive tract.
Gluten sensitivity: person who have sensitive to gluten take and eat glucan free rye products because rye has some amount of gluten.

Choosing the right type of rye are slight difficult without knowledge so choose a good quality of rye that are free from dust and also look for a location of growing and preparation.
Choosing rye of great quality and great brand which are full of nutritious.

Rye should be kept in an airtight container to discourage moisture and vermin intrusion. Store in a cool, dark cupboard up to three months.
Rye contain a natural antioxidant which discourages rancidity, thus rye flour has a longer shelf life than whole wheat flour. Refrigerate and use within 3 months.
favorite_border 96 Thanks
bookmark_border Bookmark